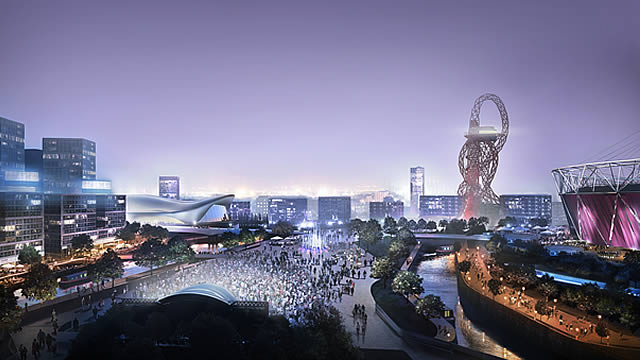 With an entertainment plaza in the south, anchored by the Stadium, Aquatics Centre and 114m (374ft) ArcelorMittal Orbit, Queen Elizabeth Olympic Park will feature fountains, art installations and ever-changing activities and events. Capturing the waterside spirit of London's south bank, this will be a vibrant new events space. This section is due to open in spring 2014.

By contrast, the north of the Park will feature a river valley centred around waterways, parklands and green space, offering outdoor activities, smaller-scale events, recreational and informal training spaces. The north of the Park is due to reopen in July 2013.

The Future of London's Olympic Park

Queen Elizabeth Olympic Park will attract up to 9.3 million visitors a year to a series of venues and spaces including:

The Olympic Park Legacy Company is responsible for the long-term planning, development and management of Queen Elizabeth Olympic Park after the 2012 Games. If you are interested in holding an event on the Park, please contact info@legacycompany.co.uk.

For more details about the Park visit www.noordinarypark.co.uk.