Double gold as London hosts one of the greatest sporting events in the world. 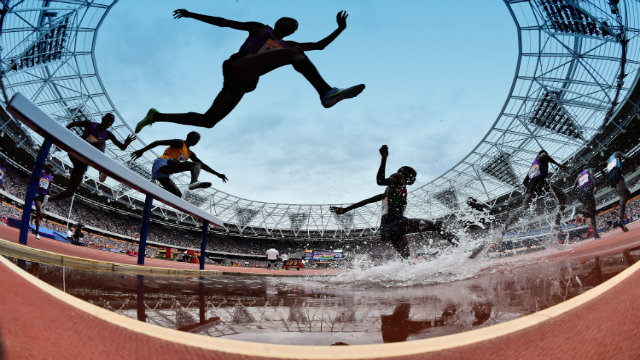 The IPC World Para Athletics Championships took place from the 14-23 July and the IAAF World Championships from 4-13 August at the London Stadium in the iconic Queen Elizabeth Olympic Park. London was the first city to host both world championships in the same year.

medals across both championships

Feasibility
Alongside UK Sport, British Athletics, DCMS, the GLA and the owners of the Queen Elizabeth Olympic Park we commissioned an independent feasibility report for the IAAF World Championships

Business case
We contributed to the business case presented to the Mayor of London for staging the event and supporting the bid.

Preparation of bid campaign and documentation
Alongside other stakeholders we created the campaign to win the bid including commissioning third party support and developing bid materials. After winning the bid in November 2011, we supported the GLA and British Athletics in securing the rights to stage the IPC World Para Athletics Championships.

Evaluation
In partnership with event stakeholders we commissioned independent research to assess the economic and social value of staging the events to London. Read more in the London 2017 evaluation report.