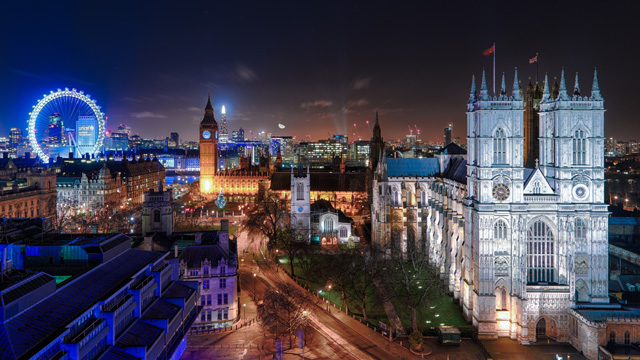 Crowned as one of the greatest of all time, the 2012 Olympics and Paralympics showcased London and its major events delivery at its best.  It provided the city with a whole new event landscape in addition to the world-class venues the city already had to offer.

The city’s infrastructure, logistics, expertise and enthusiasm to host global events continues to develop – in fact it is reaching new heights. This in turn, increases our ability to leverage creativity for new cultural events, combine elite performance sport with wider participation events, and to inspire new generations to get active.

And as such, the capital has been recognised by the Sports Business Ultimate Sports Cities Awards as the world’s best city for hosting events.

1. A home-from-home crowd for every participating nation with 8.4million residents and communities from over 200 different countries and 18.6million international visitors a year.

2. 200 international media desks ready to communicate to the rest of the world via every medium.

3. A co-ordinated ‘can do approach’ and dedicated team to help unlock London, making the impossible, possible.

4. Event production expertise and a thriving industry working with major brands and events all year-round.

5. An active and powerful sponsorship marketplace.

6. One of the world’s most connected cities - 5 international airports, rail links across the UK and Europe, and a sophisticated network of roads and public transport.

8. A plethora of attractions from historic ships to futuristic towers and four heritage sites. More green space than any other European city, a third of London is devoted to parks and green spaces.

9. World-class cuisine with 8,000 restaurants, 60 of which have Michelin stars.